Three novels I read this summer that you should read too

A common thread in all three of these books is that while significant portions of each book take place in the US, none of the protagonists are US born, so each of these books examines American culture from an outsider perspective. Each book stands on its own, but taken together, they add up to a fascinating look at the similarities and differences in the challenges that face contemporary immigrant women. 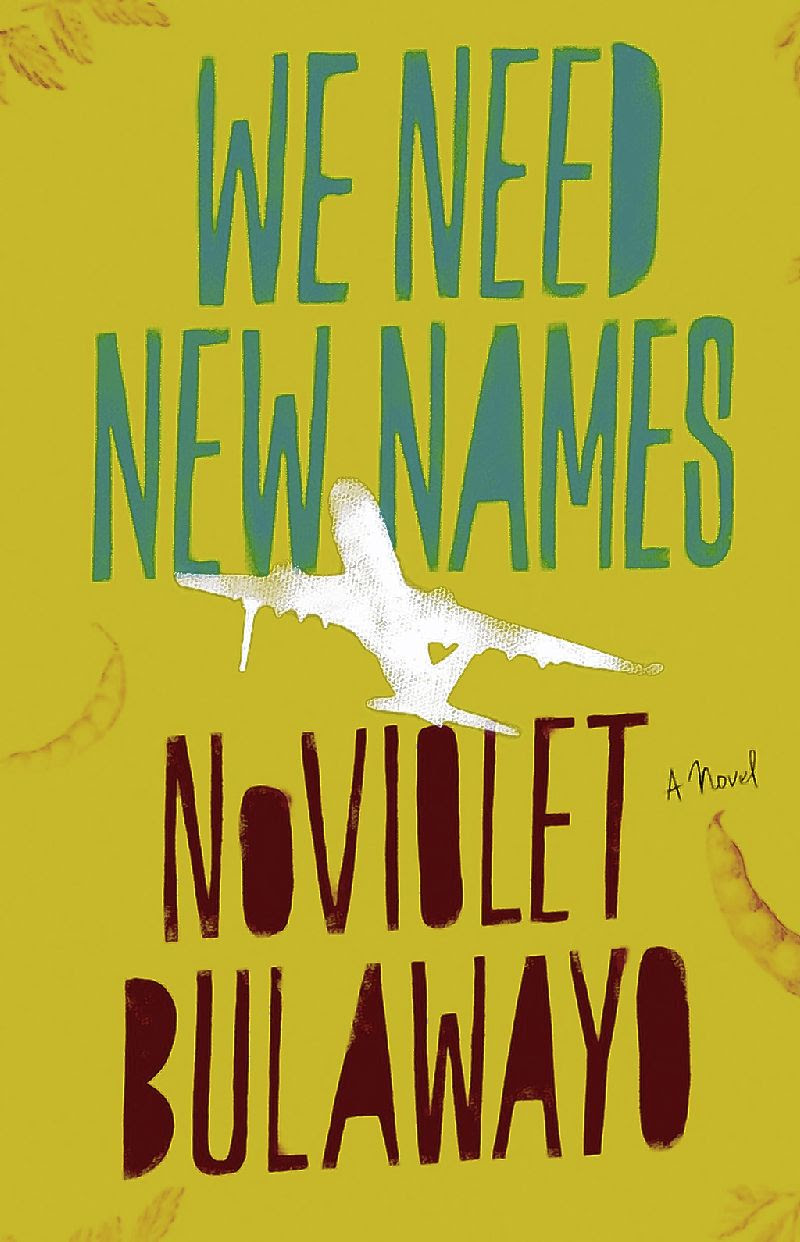 1) We Need New Names by NoViolet Bulawayo - When we first meet Darling, she's 10 years old and living in Zimbabwe.  The early sections of this book do that thing I love where a child or young person describes what they're observing in the world around them, but that they don't fully comprehend yet as an adult reader, I have more context for the things that the character is describing.  I love that!  Later in the book, Darling comes to the US and lives in Detroit, experiencing her teen years and immigrant assimilation simultaneously.  I found this book incredibly moving, especially the chapter where she describes what it's like to have to speak in English when it's not your first language. 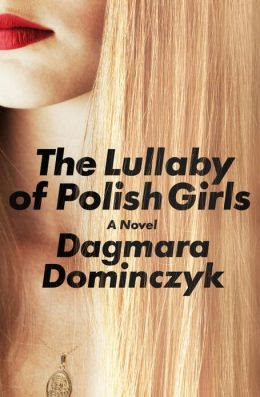 2) The Lullaby of Polish Girls by Dagmara Domincyzk gives us three women - one who immigrated to the US as a child, then went back to Poland for summers; one who came to the US as an adult; and one who didn't leave Poland.  All three lives intertwine as the story moves both back and forth in time, and back and forth between  Brooklyn and Kielce, Poland.  Another great insight into a life that straddles two cultures.   I was fascinated with the Polish custom of using different versions of a child's name.  I'll admit that I still don't understand it completely, but I loved that the author didn't make it easy.  Warning: this book will make you want to eat pierogies!  I was lucky that I already had some in my freezer. 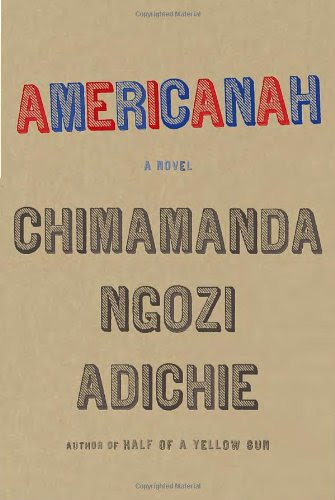 3) Americanah by Chimamanda Ngozie Adichie - Ifemelu, the protagonist in this book, leaves Nigeria for the US as a college student.  It is a heady look at race relations in the US  (Ifemelu blogs about the experiences and observations of a 'non-American black').   Obinze, Ifemelu's high school boyfriend. is present throughout the book as well.  We see both of these characters in contemporary Lagos and Princeton, as well as in flashbacks to student days.  Again, lots of new perspective and insights in different cultural experiences for me - the hair braiding that takes place at the beginning of the book is a strong example of this.

I really enjoyed reading all three of these novels, and together they made a powerful triptych that gave me a lot to think about in terms of privilege and experience of outsiders in a new culture.  A bonus - these three books describe their non-American locales so strongly and specifically, it was like I took trips to Zimbabwe, Poland and Nigeria!
Posted by Unknown at 7:00 PM No comments:

Shout Out to Kneepads!

In the past few months, I've used my kneepads a ton!

1) for the Big Driver shoot

3) leant them to a summer camp student

This doesn't include all of the times that I threw my kneepads into my bag 'just in case' for auditions, readings, etc. where I didn't know what the physical work would entail.

I bought these kneepads probably 5 or more years ago from a nondescript martial arts store on Mission street near the Armory.  They were sold per kneepad and I think they were $5 or $6 each.

They are soft, so they don't make too big of a lumpy shape under pants, like a harder kneepad might.  They have no logos/words on them, so you're not unconsciously advertising anything when you wear them under light colored clothing.

And, most importantly, they keep my knees safer from bruises, bumps, other injuries, allowing this easy bruising actor to leap into highly physical acting related antics with confidence.

Thanks kneepads!!
Posted by Unknown at 7:00 PM No comments:

On Practicing what you Preach

Recent teaching work has gotten me thinking about how I talk about and model gender parity while wearing my teaching artist hat.

This is still evolving, but here are a few thoughts:

1) if a girl brings in a monologue for a male character, a boy brings in a monologue for a female character - no judgement.  If they've read and understand the circumstances of the monologue and the play it's from, and the language speaks to them - do it & work on it - understand that this may not fly elsewhere, but the boy who brought in Tilly from  Gamma Rays and the girl who brought Charlie from Perks of Being a Wallflower - go! (although technically I said bring in monologues from plays not movies)

2) when I'm assigning scenes or monologues - check myself on writer gender parity.  For a program that ended with students doing 2 and 3 person scenes from published plays, I notice that for 8 scenes, I have 3 female writers, 6 male writers (one of the pieces was co-written by two women).  So I need to do better on this one - continue to educate myself on the women writers out there, so that I can assign, share, promote women writers.

What are other ways that we can bring gender parity to our teaching work?

And, if anyone's got suggestions for plays for teens by women writers, throw those into the comments section too!

Side note: Bay Area folks, if you don't already know about it, I strongly encourage you to check out worksbywomensf.wordpress.com, like Works by Women SF on facebook, and/or join the Works by Women SF group on meetup.com - we've got a few great outings planned to attend shows and support women making theater in the region - it'd be great to see you there, Bay Area.

Posted by Unknown at 5:30 PM No comments:

A whopping 17 shows for July, bringing the project to 299 shows, which means that at some point in the coming month I'll be at 300 shows, and do some more in depth analysis of shows 201-300 and compare that to the previous 200 shows.  Stay tuned.

If you want to know more about the project, see previous posts in the series, and learn how you can contribute, go here.

17 shows counted:
Marin Shakespeare/Comedy of Errors, The Spanish Tragedy (a few actors cast in both productions and counted 2x, including 6 interns)
SF Playhouse/Camelot (male director and male music director, male writer book/lyrics and 2nd male writer music, video only female actor not included in this count, child role shared by 2 boys, both included here)
San Jose Rep/Minister's Wife (male director, female music director, writing team man/book 2nd man/lyrics woman/music)
Shady Shakespeare/Twelfth Night, Romeo and Juliet (Feste and Toby played by women; Feste as a female character, Toby as male, Benvolio, Apothecary and Gregory played as female by women actors)
Aurora/This is How it Goes (female crew member appeared onstage briefly in a non-speaking role and is not counted here)
SF Mime Troupe/Oil and Water (script credit is 2 men & SFMT - so 2 men are credited, but actors and director contributed to the writing during the rehearsal process)
Livermore Shakespeare/The Liar, Taming of the Shrew (1 intern in Liar cast, 4 interns in Shrew cast)
California Shakespeare Theatre/Romeo and Juliet (cutting of script by f director so that show could be done by 7 people.  5 actors double cast and roles of Benvolio and Prince are played by women as male/gender-fluid characters)
Dragon Productions/Becky's New Car (originally scheduled to be directed by a woman, but when she had to leave the production and the company had to scramble to replace her, the new director was male)
Off Broadway West/Betrayal
Central Works/Pitch Perfect
Just Theatre/A Maze
Bay Area Children's Theater/Cat in the Hat (female actors played all gender neutral characters in this piece)
TheatreWorks/The Loudest Man in the World (non-local incl. one union, one non-union and non-union actor is deaf)
Porchlight/Scapino (one female role very small, no dialogue and kind of a stage crew person in a costume)

Please share and talk about these numbers with your friends and colleagues.   And if you're in a show or see a show with performances in August, please go here for info on how to contribute your stats.

The count for August will go up between Sept 1st and 5th.
Posted by Unknown at 2:00 PM 2 comments: