The Pilot Report is a document that the president of Premier Talent Group (an LA based talent agency)sends to the actors they represent.

It's basically an age/gender demographic breakdown of all the roles cast in this year's pilot season, with an emphasis on what was cast with name or known actors vs. unknowns.

Read it here, and let me know what you think.

Also, thanks to The Struggling Actress for pointing it out.
Posted by Unknown at 4:00 PM No comments: 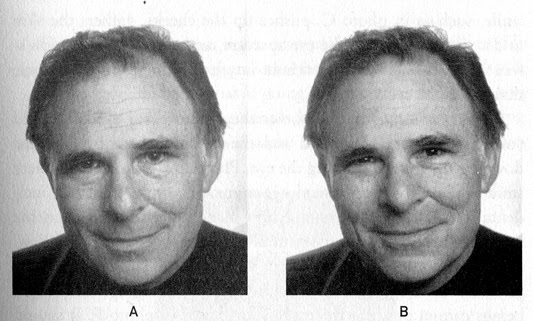 Emotions Revealed: Recognizing Faces and Feelings to Improve Communication and Emotional Life by Paul Ekman, 2003. Paul Ekman is a psychology professor who has studied emotions and facial expressions.  This book is about the roots of emotional response and how emotional responses manifest physically.  A must read.   The photos above illustrate something called the Duchenne smile - the kind of smile that manifests only when one is truly experiencing happiness, and the zygomatic muscles of the cheek and eye contract.  It's a really awesome book.

Email ThisBlogThis!Share to TwitterShare to FacebookShare to Pinterest
Labels: Resources

Melissa H is pretty cool.  You can find some of her writing here and here.  And she just got spotlighted (spotlit?) over at 2amt.

Her theater company, Impact Theatre, has a show opening this week, and just announced their 11-12 season, which includes 1 world premiere, 2 Bay Area premieres, and Shakespeare's Titus Andronicus.  And all the premieres are by writers under 35.

Also making Melissa cool - she retweeted this post, and commented on this one! Thanks!!
Posted by Unknown at 7:56 AM No comments: 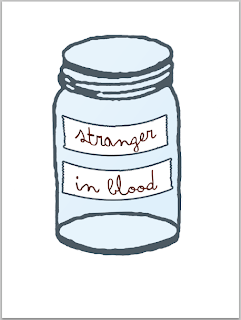 So a few weeks ago, I worked on an indie film (playing item #6 on this list).

Here is rough cut of the trailer. The first speaking voice you hear is mine, but I'm wearing a wig, so you might not recognize me at first.

At the end of the trailer is a link: www.indiegogo.com/strangerinblood  The filmmakers are looking for additional funds to cover some post production costs, festival entry fees, and reimbursements for some of the supplies purchased during filmmaking.  Donations are tax deductible thanks to support by the San Francisco Film Society.
Posted by Unknown at 11:37 AM No comments:

From And Furthermore by Judi Dench:

"Sometime I do have a lot of difficulty learning the lines, but the real difficulty is working out why the character says the line, and what is going on between the lines, which is often more important than the line itself.

Before you start to rehearse you are looking at the wood, which is composed of many trees.  You start rehearsing and you are inside the wood; you know that you are in a wood, but you don't know what the trees round you are until you start to recognize them.  Then the moment the audience comes in, it is as if you have been transported away from the wood, and that is when I think the most important part comes in - when you decide which is the straightest way through the wood."

I also learned from this book that:
1) Judi Dench would've been the one singing Memory in CATS, but she sprained her ankle a few weeks out.

2) Judi and just about everyone else from the big British theaters like the National and the RSC seem to love to play practical jokes on each other onstage - changing lines from Shakespeare, saying Russian names when you sneeze (in a Chekhov play), and other assorted hijinks take up a significant amount of this book!
Posted by Unknown at 9:00 PM 2 comments: