This is a great week for reading about gender parity in the blogosphere.

Check the Works by Women SF TACTICS interview series here.  I'm proud to be one of the women theatermaker/advocates included in these interviews. Each interview ends with a suggestion of a simple action that will work toward gender parity.

Howlround has a fantastic series of interviews and essays running this week, including Julia Jordan, Lydia Diamond, Lauren Gunderson and Carey Perloff.  Theatre Bay Area is the curator of this series, as a lead-up to Monday's Annual Conference.

And Carey's also on HuffPo with a response to  Sheryl Sandberg's Lean In.

I know that people are responding to these writings on their own blogs. I've seen a few of those here and here.  Anything else that people should be reading that I've missed?  Add them to the comments.
Posted by Unknown at 10:00 AM 1 comment:

I've made a few tweaks and changes to the blogroll over there in that right hand column.

I've deleted a few things that were no longer active, and added blogs that are newish or that are personal recent discoveries.

In particular, check out Melissa Hillman's Bitter Gertrude if you haven't already for an Artistic Director's perspective on the theater world, and both the Works by Women and Works by Women SF sites for interviews and other resources for women theater makers.

Works by Women and Works by Women SF are also meetup groups with regular opportunities to see shows where women theatremakers are prominently featured.

As a co-host of WWSF, it's been really terrific to be able to support and learn more about what women theater makers are doing in the region.  Our next event is this Sunday, and it would be great to see you there!

Posted by Unknown at 9:45 AM No comments: 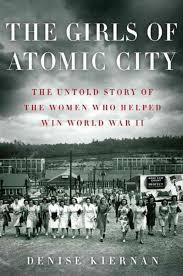 Some good things I've been reading lately include Denise Kiernan's The Girls of Atomic City, a non-fiction book about Oak Ridge, Tennessee and the women who worked there during WWII on a super secret project.  In a nutshell, these folks were doing the grunt work of the Manhattan Project, enriching the uranium that would provide the explosions.  Because of the high levels of secrecy surrounding the project (most of the people working there didn't know what it was they were working on), the organizers recruited young women from neighboring areas, who they believed would be obedient and work hard.

The amazing book not only gives you the day to day lives of several of the women who worked there, it also looks at women's contributions to the development of nuclear technology as a whole.


I've also torn through the novel Honor by Elif Shafak.  The story is set in Kurdish communities in Turkey and London, follows multiple generations from the 1950's through the 1990's, with the bulk of the book set in London of the late 1970's with punks and racial tensions mixed into the milieu.  It looks at Muslim tradition and women's and men's roles, and unfolded with incredible beauty and surprise. 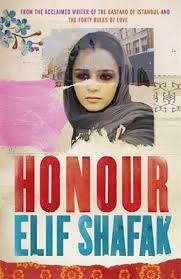 Email ThisBlogThis!Share to TwitterShare to FacebookShare to Pinterest
Labels: library

I'm really digging this new video series the NYT is running.  Called 'In Performance', it's stripped down closeups of actors performing monologues and songs from shows that are currently running in New York (or at least they were when the video was made).  Some recent additions are Tina Packer with an excerpt from her Shakespeare's Women, and a number from Hands on a Hardbody.  There's about 20 videos up at this point, all are brief, and it's a cool way to get a glimpse of a new performer, a new piece of writing or music, without paying for a plane ticket.

One of my favorites is Elizabeth Marvel's monologue from Picnic, but you can find all of them here.

And in what's Valerie up to news:  I'm playing a Fury in a reading at Symmetry Theatre on 4/21 of Carol Lashof's Just Deserts.  Info here.  Also, I'm super excited to be playing the lead in the upcoming film adaptation of Steven King's Big Driver.  This film is currently doing some pre-production fundraising, and you can find more about it here.

Posted by Unknown at 2:00 PM No comments:

This month's edition of Counting Actors features 11 shows, and brings the total count to 247!   Visit the Counting Actors page for links to past posts, how to contribute, and other info relating to this project which I started in June 2011.

The March/April issue of Theatre Bay Area has an article by Velina Brown about various feminist theater companies and advocacy projects and mentions the Counting Actors project.  Look for an article by me, with some cumulative info on blog data and reactions from the community in the May/June issue of the magazine.  I'll post a link when it becomes available online.

As always, your continued conversation about the statistics with your friends and theater colleagues is appreciated, whether virtual or in-person.  Check the #femtheatre hashtag for discussion on this and related conversation.
Posted by Unknown at 12:33 PM 2 comments: